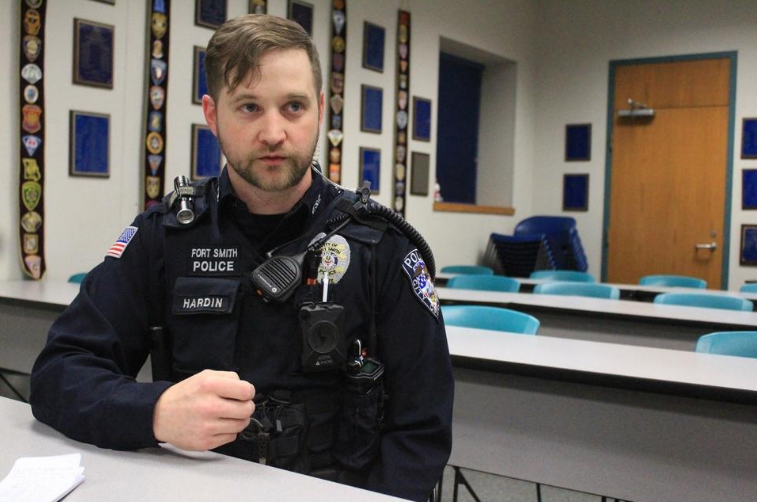 FSPD Cpl. Bill Hardin recently had a chance to sit down with Max Bryan of the Times Record to discuss crisis intervention training, specifically as it relates to suicide threats and prevention.

It's well worth checking out when you get the chance. It comes on the heels of our newly announced Mental Health and Crisis Intervention Unit, which was announced by Chief Danny Baker on Jan. 31, 2020. Expect the Department to name its first two hires to this unit by March 1 with the goal of going live on April 1.

The Officers will operate under Special Operations alongside the FSPD Motors Unit and will assist both Field Operations and Criminal Investigations as needed. Scheduling will be shifts of two on Sunday through Thursday, 8 a.m.-4 p.m., and Tuesday through Saturday, 11 a.m.-7 p.m.
Primary job functions will include but not be limited to the following:
• Outreach to the homeless population to provide resources and referrals referencing mental health and substance abuse issues
• Nuisance abatement and quality of life complaints in and around the downtown area
• Missing person cases involving persons with mental health issues
• Threats where the suspect has a clearly identified mental illness and is an immediate danger to himself and/or others
• Citizens who frequently call 911, FSPD non-emergency numbers, administrative staff, etc., that appear to have mental illness or who are seeking solutions and/or support for mental illness
• Following up on reports of drug overdoses, suicide threats, etc., and providing additional intervention, referral for additional services and treatment, if needed; assisting family members in pursuing involuntary committal orders, pursue involuntary commital orders if necessary
• Assist field personnel who come into contact with persons in acute/emergency crisis
• Work with local agencies such as the Hope Campus and Next Step Day Room to identify persons in need of additional resources related to mental health issues
• Addressing and finding resolutions to nuisance complaints associated with persons suffering from mental illness
• Work to reduce the number of incarcerations of persons with mental illness by diverting to various mental health providers and services
“I’m very proud of the work Staff has done on this initiative over the last few months as well as the willingness of the men and women of the Fort Smith Police Department to embrace the concept agency-wide,” Baker added. “I believe we can set an example for how 21st Century law enforcement agencies should be addressing mental health issues in their communities."
"There’s nothing criminal about having a mental illness, and we want to do our part in getting our fellow citizens and their families the support and resources needed to address it without incarceration being a part of the conversation," Baker said.
Fort Smith City Administrator Carl Geffken said the City is "excited" to see policing move in this direction. "We are beyond thrilled to have a forward-thinking Police Department leading the way with a Unit that will make mental health a priority for our citizens and set an example statewide and nationally to show that there is another way of addressing these issues — one that doesn’t punish people or families for issues that are so often beyond their control,” Geffken said.