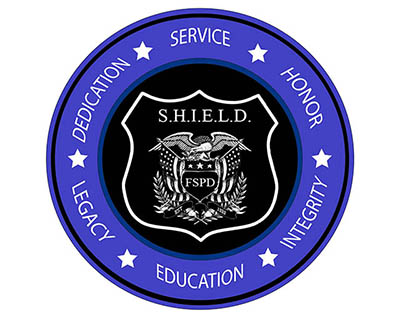 The citizens of Fort Smith and the State of Arkansas, have granted certain responsibilities & authority to the Fort Smith Police Department.The department recognizes its responsibility to maintain the public confidence & trust and the need to ensure integrity & accountability both by the agency and the employee. As we recognize the rights of all citizens, citizens should recognize that officers must be free to exercise their best judgment in taking necessary & reasonable action in the performance of their duties without fear of reprisal. Specific complaint procedures have been adopted by the Fort Smith Police Department to ensure that fair & proper action is taken when an employee is accused of misconduct. This also protects employees from unwarranted or false accusations. Additionally, this system provides a means of identifying and correcting deficiencies in policies, procedures, supervision, or training.

Who may make a complaint?Any citizen or any department employee may make a complaint. Normally, the person most directly affected by the alleged conduct should be the person to complain. An example of this is that a complaint of rudeness to a driver should be made by the driver, not a passenger in the vehicle. Exceptions to this would include a parent filing a complaint for a minor child or other similar situation. In what form should complaints be made?Complaints may be made in person, by telephone, email, or the department website. Complaints should concisely and specifically describethe conduct of the employee that was found to be improper. Rather than say the employee was rude, explain how the employee was rude by providing the specific words or phrases, describing the employee’s tone of voice, or citing particular acts of rudeness. Identify the employee as much as possible. This can be accomplished by providing the employee’s name, badge number, vehicle license number, patrol unit number, and the date, time and location of the incident. Department employees are required by policy to properly identify themselves upon request. If available, include the names, addresses and telephone numbers of all witnesses. To whom should a complaint be submitted?Normally, a citizen with a complaint shall be referred to the on-duty supervisor who shall assist the citizen in recording pertinent information. When a Professional Standards investigator is available, the citizen may be referred to them. Once the complaint form is filled out, it should be forwarded to the Office of Professional Standards for investigation. What things can be complained about?The focus of the department is on alleged misconduct by a department employee. This encompasses violations of the laws or department rules and regulations. A disagreement with a policy or a law or the application of a policy or law is not considered a "complaint", and will normally be referred to the commander most directly involved with the policy or law in question for response. How does making a complaint affect present or future charges against me?Any charges or legal issues must be decided by the appropriate court. The investigation of your complaint will focus on the conduct of the employee, not the charges against you. Therefore, the charges against you are a separate issue which you will have to resolve in court. Employees are prohibited from retaliating against you, either in the present case or in the future, for lodging a complaint against them. Can I make an anonymous complaint?Anonymous complaints are investigated; however, investigations are less likely to reveal all the facts surrounding an alleged incident when the investigator is deprived of the opportunity to contact the complainant. Also, an anonymous complainant cannot be made aware of the results of the investigation. For these reasons we strongly encourage persons having legitimate concerns to sign the complaint form and cooperate fully with the investigating officer.

Other than those complaints which are immediately resolved, every complaint of misconduct by an employee will be investigated. Upon receipt of a complaint, the Office of Professional Standards will send a letter to the complainant acknowledging receipt of the complaint. The Office of Professional Standards may conduct a preliminary inquiry by telephone, or in person to clarify specific issues. If an official Citizen Complaint Form has not been signed by the complainant, a form will be delivered to the complainant and their signature will be requested. The complaint form contains an affirmation to the truth of the information provided and a precautionary statement regarding false allegations. This statement is not intended to dissuade persons from lodging legitimate, factual complaints, but is intended to forewarn persons from making false or malicious complaints that may result in criminal or civil actions against them. Some of these actions are beyond the control of the Fort Smith Police Department. If the complainant does not sign and return the form, the action taken by the Department may be limited to conducting a preliminary inquiry.

Some complaints may be resolved at the time they are made. For example, an explanation that the law requires (or allows) an employee to perform certain acts may be resolved by the supervisor if the complainant agrees that no further investigation of the incident is necessary.

Any person may voluntarily withdraw a complaint at any point during the investigation process.

Complaint withdrawal is appropriate in situations where additional information is learned which cause the complainant to realize the department employee's actions were proper. The department may, however, elect to continue the investigation if circumstances warrant.